Welcome back. Today, we’re going to talk about THE PIPELINE.

At seven minutes after midnight, Chris gave up the battle and dialed the phone.

“You can’t sleep, either?” Claire said when she picked up the phone.

He smiled—it came hard. “Is that like what are you wearing?”

She laughed. “No, I just wondered if you were in bed.”

“That doesn’t sound much better, Captain.”

He laughed. “That’s all right. I have a headache.”

“You want to come swim in my pool?” she said.

“It’s not closed for the night?”

“It’s not locked. What are they going to do, throw us in jail for swimming after midnight? I know a good lawyer or two. We’ll be out in five on good behavior.”

“I’ll meet you there in fifteen minutes. And Claire, be quiet about it.”

In the end, they didn’t swim much after the first burst of frustration had them racing. She was good. He was better.

Then, they sat on the steps in the pool—the water was warmer than the air—and talked.

He told her about the pipeline. She’d been unfamiliar with the nickname.

“It’s a succession of schools for pararescue—Superman School. Let’s see. Indoc. Airborne. Combat Diver. Underwater Egress.” He enumerated on his fingers. “Basic Survival. Freefall. Combat Medic. Recovery Specialist. We had to swim two thousand meters in open water in BDUs, drown proof. You name it, we did it. Few of us got through without drowning at least once.”

“I’ve heard you guys are actually better trained than SEALs.”

“Don’t let a SEAL hear you say that.”

A recent article from GruntStyle named the Air Force PJ school the hardest of all special forces schools.

You see why Claire was impressed?  Better trained than SEALS?  Well, don’t tell a SEAL that. 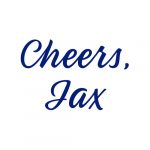