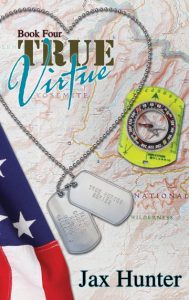 I gave this book five stars because it was an inspiring story of how people are there for each other. Ms Hunter continues the story of her para jumpers and search & rescue teams, picking up where Book Three left off (though all her books can be read independently). I enjoy the camaraderie of the characters and how they are there for each other – in more ways than romance – though the romance is the frosting on the cake.

Another nail-biter book! I hope book # 5 comes out quick! I found myself all involved in the lives of all these characters.

out of all the books of is series this one is by far my favorite. Daniel wow what a man. Sophie so beautiful in heart and looks. This was truly a knight love story with all sort of twists. Horrible at times. I knew Stabler was a bad guy. All the books in this series were great. I just felt this one deeper. Thanks for a fantastic 3 day read of the 4 books. Cannot wait for book 5. Cruz needs his own.

Maybe it was the rain that seemed to have been coming down non-stop for weeks, making everything sloppy and everyone cranky. Whatever it was, McGee’s bar was very quiet, even for a weeknight. Kevin Stabler, at the head of a table for eight, held court with a group of his co-workers.        Rain was a major pain in the ass at construction sites. At least the building they’d been working on for the last month was under roof.

At the moment, the group was lamenting the closing of their favorite meeting place. The upcoming weekend was the last one for McGee’s for the next two or three months. Renovation, the sign said.

“What about the Oasis?” one of the guys asked.

Kevin shook his head. That idea needed squashing right away. The ‘O’ was his “other” place and he didn’t need any of these guys there.

“Nah, too many flyboy schmucks.”

A group nod circled the table like the wave. None of Kevin’s boys thought much of the Air Force Pararescue Jumpers – PJs for short. It was an opinion Kevin had carefully cultivated.

He kept the smile from reaching his lips. These guys were so easy.

“Hey guys,” the newcomer said, laying a paper sack on the table and shrugging out of his wet coat.

Jerry ordered another pitcher and grinned as he pulled a magazine from the sack.

“I bring eye candy and good news for all of us.”

Kevin watched as Jerry found the right spot in said magazine and passed it around.

Jerry allowed the group to have a look at the pictures and smiled smugly as the group groaned and drooled.

“Come to me, Sophie. On your knees, Sweetheart.”

The magazine reached the end of the table and Kevin glanced at it in passing. He’d intended to pass it off again immediately, not interested in giving Jerry the satisfaction.

The road to hell is paved with good intentions.

He sucked in a breath through his teeth.

Sophie Riene was something. The big picture showed    Sophie standing boldly with hands on hips in a fancy, low-cut red dress that hugged every curve. She had dark hair–so long it tickled her perfect ass–and a delicate face. The smaller inset was a face shot that showed a sweet smile and brown-green eyes.

The text was in French and Kevin’s French consisted of a few choice words that he learned on a trip to Baton Rouge as a teenager.

“Turn the page,” Jerry said, his voice taking on a teasing tone.

Hoh-boy. Full page. Sophie in the flesh–wet flesh to boot–with only a fluffy towel hiding her most delicious parts.

Kevin cleared his throat and passed the magazine on. But the effect on his body was hard to ignore. It wasn’t quite the effect that spending intimate time with Hustler gave him, but it was a start. Now Jerry piped up again.

“Sophie Riene is the daughter of the former CEO of Elf Aquitaine–it’s one of the top ten oil and gas companies in the world. She’s like the most eligible babe in all of France and guess what?” He waited for the desired response.

“She’s moved to Merced to spend time climbing and taking pictures in Yosemite. I’m thinking seriously about taking up climbing, myself.”

His laugh was guttural–almost disgusting, even to Kevin —and the group joined in.

These guys were all talk. They wouldn’t take up climbing. They wouldn’t get any further than slobbering over pictures in a bar. If said French babe walked in here right now, even spread herself on the table for their pleasure, not one of these guys would even unzip. Not until he led the way.

So, Frenchy was going to be hanging out in the park. Perfect. Kevin loved being in the right place at the right time. This time, he was unable to keep the smile from his face. Who knew when he joined SAR three months ago that he’d be putting himself in that very right place.

Kevin sat back down, sipping his beer, waiting for the flap to die down.

“You guys want me to scan the pictures and email them out to you?” he asked.

They heartily agreed and Jerry begrudged temporary custody of the magazine to Kevin.

The conversation soon changed and the decision was made, since Kevin didn’t like the O, to move the party to the Alibi Lounge next week.

On his way home, Kevin swung by the SAR building intent on using the scanner there to grab the pictures. But, damned if the big boss Fraser wasn’t there. At one-friggin’-o’clock in the morning. What an asshole.

As usual, Daniel Fraser couldn’t sleep, even with the rain pattering on the windows. He’d stayed at the office past midnight, past maybe even one and yet here he sat.

And, as usual, he’d wake here in the morning.

If he could just bring himself to clean out the bedroom.    Get all of Karen’s presence out of there. He could even buy another bed.

Once again, he put it on his to-do list.

Even though he knew damn well he would ignore it.

The couch was fine.

Especially when he spent most of his time, usually late into the night, at SAR HQ. Tonight–well, technically, last night–when Stan was headed out the door for the day, he’d turned to Daniel.

“At least say it like you mean it,” Stan said, chuckling.

They both knew that he would be there late into the night.

New members, a new building–thank God–lots of work to do. It felt good, actually. Over the last week, he’d prepared a schedule for new training and he and the Board  of Directors had worked on the open house coming up the first week of November.

It was nice building. Big. Even a climbing wall. And, at his insistence, there was a large den of sorts, complete with a kitchen, where the team could hang out. As long as he’d been here in Merced, he’d wanted the team to be closer, to spend time with each other in an informal setting.

Sure, they’d all spent time at the Oasis after missions but he wanted more for the team. And now he had the place. Soon, he’d have the right furniture and a TV and stereo, maybe a pool table. The bonding part would be up to the members.

Daniel pushed up from the couch and trudged to the kitchen, grabbing a bottle of water from the fridge before lowering himself to a kitchen chair. He pushed up his glasses, pressed his thumb and forefinger to the bridge of his nose, and breathed in slowly, trying to ease the throbbing in his head.

With a shrug, he replaced the glasses and sorted through the stack of mail before him.

A card from Lily–he really should call her tomorrow–if only he could summon the energy. He tossed it into the pile of unopened cards that had taken up a third of his kitchen table for months.

He thought about emailing her.

He didn’t do that either.

Email would insult her.

But, on the phone, she’d get all soft and maternal and ask him how he really was. He would tell her he was fine and she would be determined to get him to open up.

If that happened, she’d realize that there was no point.     There was nothing in there.

It didn’t hurt any more, living without Karen.

He was fine, staying busy at work, and he’d buy new furniture when he had time.

Maybe he should call her, get the revelation over with. Then maybe they could find a way to still be friends. But only if she found a way to be content with his emptiness.